With many places closed due to the recent impact of the coronavirus, many of us are stuck home trying to find things to do. Not all entertainment is free, but you can enjoy some of the quality content on YouTube for no cost. I’m sure you all know about YouTube, but have you ever dove deep into the site to find things that interest you? Today I’m going to be giving you ten YouTube channels for you to enjoy while we are all stuck at home.

Lately, these two YouTubers have been in the digital spotlight and have been increasing in popularity at a rapid rate. Good Mythical Morning is a YouTube series starring Rhett McLaughlin and Link Neil. Each episode is between 10 and 20 minutes long and features the duo doing things you normally wouldn’t see on a talk show. From eating disgusting bugs to drinking each other’s urine, these two will do anything for their fans.

Their most famous bit on the show is called “Will It?”, which is when they get a certain item and make it abnormal by combining it with something else. Examples are Cheeto Milk, Gatorade Muffins, and Chicken Marshmallows. Sometimes they find success, and sometimes they find failure. The show is extremely entertaining, and I’ve been watching it for years so I highly recommend checking it out.

“CrazyRussianHacker”, also known as Taras Kul, is a YouTuber who took his Russian accent and background and used it to make him into an extremely likable figure on the site. When he first started the channel, Taras used to do Russian style life hacks and tricks as well as science experiments. Today, Taras focuses mostly on vlogging with his huskies and kitchen gadgets. You may think that someone reviewing kitchen gadgets is boring, but trust me Taras puts his own spin on it that will give you a good laugh.

Another series that he does is called “Weird Products on Amazon”, and the name pretty much explains what it is all about. Who knows, you may find a cool product or gadget to help you or keep you occupied during this time.

Have you ever seen the TV on mute, and you could just imagine what the people were saying by reading their lips? Well, this channel takes that to a whole other level. From the Star Wars movies, the NFL, and even political speeches, this channel provides an interesting voice-over that is totally wrong and hilarious. They made hit songs from reading lips and putting different words in people’s mouths. One of their hits is called “Seagulls” and features Yoda from Star Wars singing a song about those pesky birds.

There is definitely something on this channel that will have you laughing, and if there isn’t, you probably don’t have a sense of humor. Trust me, you’ll love it!

Have you ever wondered what happens if you put things in a vacuum chamber? Or have you ever wondered how to make cotton candy out of anything? Well, I have the channel for you, and it’s The King of Random. The channel was created by Grant Thompson, the original King of Random. Sadly he passed away in a paragliding accident. He was a bright and talented individual with a passion for sharing the ideas of science, technology, engineering, and math. The new hosts of the channel, Nate and Calli, show off interesting science experiments that are totally out of the box. I miss Grant, but these two definitely have carried on his legacy. I know he would be proud to see where the channel is now if he were here today. I’ve been a fan of this channel for a long time, and I know you’ll love it!

In this modern era, we all have access to tons of gadgets and smart devices that are truly out of this world. This channel shows off some of the latest and greatest devices, as well as some that are unusual. Unbox Therapy is hosted by Lewis Hilsenteger and videoed by Jack Hilsenteger. It’s a Canadian channel that unboxes some of the best pieces of technology in a way that will have you entertained. From showing off an iPhone Bathtub to speakers that work using a soda bottle, he is sure to have a gadget that you will want to see!

Everyone is looking for a good show to binge-watch right now, and there is one on YouTube that is absolutely phenomenal. It is called Cobra Kai, and it continues the story of The Karate Kid movies. All the favorites from the original cast are back with some new faces.

The storyline focuses on the return of Johnny Lawrence and Daniel LaRusso’s classic feud. Now, of course, these two are way past their prime and probably wouldn’t be able to face each other in karate again. However, as Johnny brings back Cobra Kai and takes in newcomer Miguel Diaz under his wing, LaRusso has to come up with a way to stop the evil mentality of Cobra Kai dead in its tracks.

There are so many twists and turns in this show that I can’t even begin to tell you. My only advice is that you check it out for yourself, especially if you love the classic Karate Kid movies. Unfortunately, there are only a few episodes for free, but you can watch the two seasons in full by signing up for YouTube Premium and getting the free trial. Season 3 is in the works, and I can’t wait to see what they come up with.

The next channel on this list is Brave Wilderness, which shows off some of the coolest animals and habitats all over the world. Coyote Peterson and his gang of adventurers travel all over the globe to find many different types of species. One of the main things Coyote used to do on his channel was get stung and bit by some of the most dangerous creatures on the planet. This helped to give people information on what to do in those situations and how you should behave around those animals. He even wrote a book called “The King of Sting” because he has been stung by almost every insect on the
planet.

I’m not much of an animal person, but if you love animals and wildlife, then you will love his channel. His videos are very entertaining and informative, and you can tell how much he cares about all of the animals he works with.

The biggest thing out there is memes, everyone loves making them and laughing at them. Davie504 (Davide Biale) has a real passion for playing the bass, so he decided to combine the two. It is truly incredible to see how he gets the best memes and turns them into pieces of music using his bass. Davide is originally from Italy and doesn’t speak the best English. That is something he has embraced, and everyone loves him for it because its unique.

Davide started “slapping” the bass when he was youngebecause of the song “Strutter” by KISS. My favorite video game of all time, Guitar Hero, has this song in it, so he bought the game to play it on there. Unfortunately, there are
multiple versions of Guitar Hero (1,2,3,etc.) and he bought the wrong game. He then decided to get a real bass to play the song on. If you enjoy memes, and you wanna hear some killer bass, be sure to check him out.

From being a small online blogger to now a YouTuber with over 400k subscribers, Freakin’ Reviews features product reviewer James White. He looks at “As Seen on TV” products, Amazon products, and other random merchandise. From keyboards made out of lasers, a $100 pillow, and soap that is made out of metal, James takes these products and puts them to the test. He does this in a way that is entertaining with his dog Bailey. James spends large amounts of time testing products and weighing their pros and cons, so that the people at home can decide for themselves if they want to purchase them or not.

James has featured some of the most popular products from Flex Seal, to the classic Shamwow! If you want to see some high-quality reviews with lots of thought and time put into them, be sure to check him out.

A lot of people listen to pop, hip-hop, and country. No one is saying those genres are bad, but there are other genres out there that are awesome! George and Ryan bring their reactions to all kinds of genres. Since they like hip-hop music the most, it is interesting to see their reactions to rock and metal. They promote their reactions as unbiased and real, which they really are. It is awesome to see when they listen to genres they are unfamiliar with and give positive feedback about it. These two are extremely entertaining and hilarious, especially when they hear the heavy guitar and drums of metal music when compared to the hip-hop they love. They review many legendary tracks suggested by their fans so there’s something for everyone!

Those are ten things you can watch on YouTube during this time where everyone is stuck at home. As a YouTuber myself, it doesn’t matter what video someone is producing, as long it is entertaining and I can see that the content creator cares, means the most to me. I hope you all enjoyed reading this article and I can’t wait to write more for you all at Herkimer College!

Be careful and stay safe!

Mike Cook is a Communication & Media student at Herkimer College. 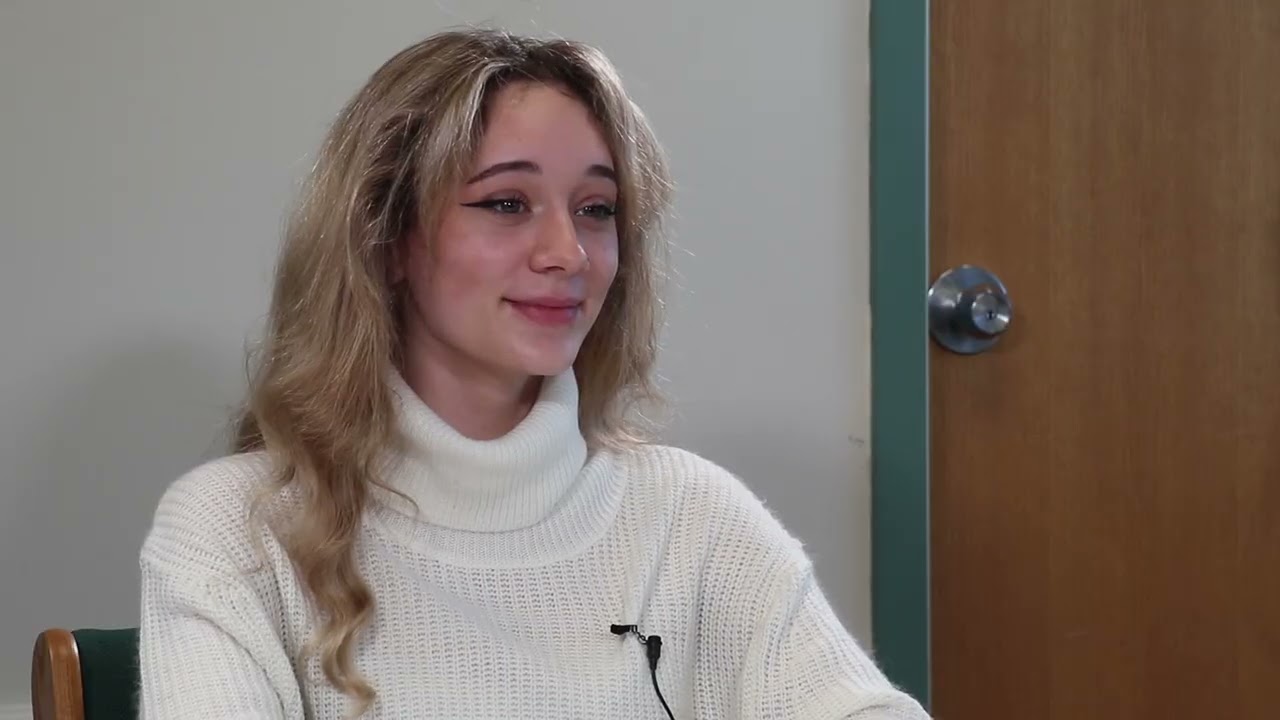